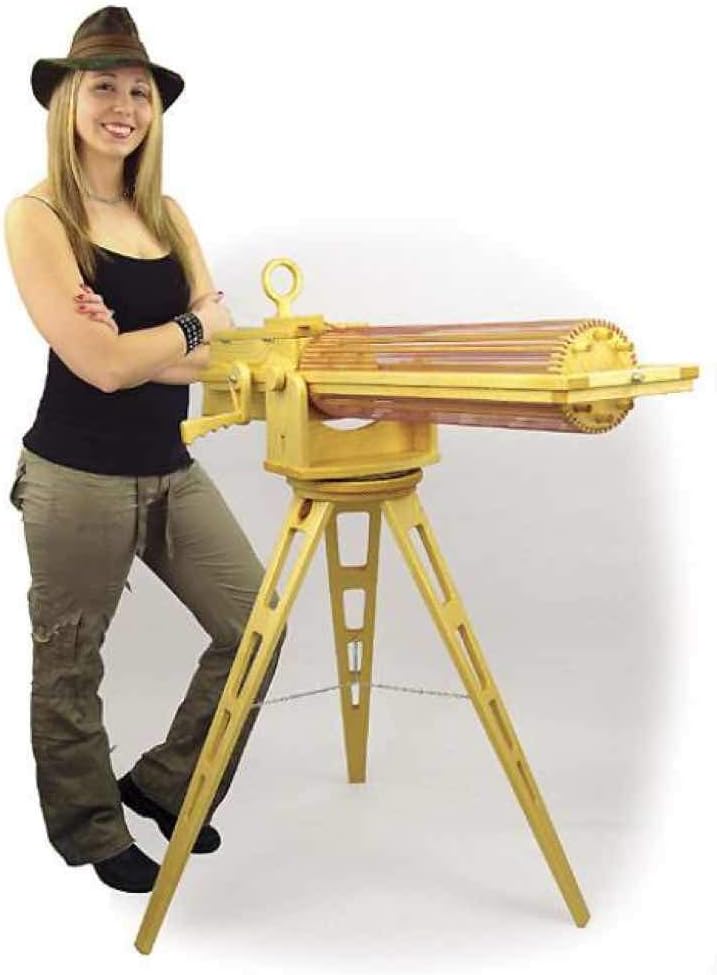 A FREE SHEET of TRACING PAPER INCLUDED! This is a set of paper blueprints, it is not a wood kit. Source of misc supplies listed in the woodworking plan. These full size patterns are very easy to use. A complete drawing so you can quickly get busy with creating your projects. Simply trace, cut, assemble and paint. This friendly character leaning on his walking cane will make a cheerful addition to your child's bedroom or playroom decor. Multiple shelves hold books and knickknacks and helps children keep track of time, too! Built primarily out of 3/4 inch pine. All parts can be cut from 1 x 12 inch boards and 1/4 inch plywood. Finished project measures approximately 25 inches wide x 11 inches deep x 49 inches tall.